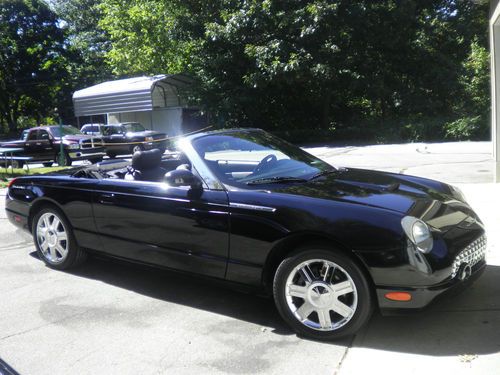 Condition: UsedA vehicle is considered used if it has been registered and issued a title. Used vehicles have had at least one previous owner. The condition of the exterior, interior and engine can vary depending on the vehicle's history. See the seller's listing for full details and description of any imperfections.Seller Notes:"this vehicle has the premium package...beautiful condition, previous body repair, book value $33,000, condition garranty in writing, we are thunder bird experts, this is in Superb Condition"

THis vehicle also comes with hard top and stand , cover also for the hard top. If any question feel free to contact Russ or Guy at (860)886-7122