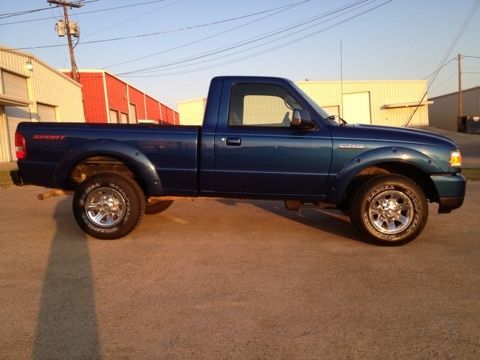 Condition: UsedA vehicle is considered used if it has been registered and issued a title. Used vehicles have had at least one previous owner. The condition of the exterior, interior and engine can vary depending on the vehicle's history. See the seller's listing for full details and description of any imperfections.Seller Notes:"Has scratches and dents from normal use. Never been wrecked."

This is a nice smoke free truck that is used lightly/locally by my school aged son.  We are the second owner.  It came with a clear Car fax from the used car lot we bought it from. The truck has new front brakes and new tires with less than 200 miles on them.  The truck does have some small dents from past owner.  I had a spray in bed-liner put in when we bought the truck 1 1/2 years ago it looks great! My son has added a $600 speaker system to the truck that will stay with the truck.  We are selling due to the fact that my son wants an older model 4x4 dodge truck.  This is a great truck that runs and shifts fine with no problems.   Thanks for stopping by.  Please message me if you have questions.