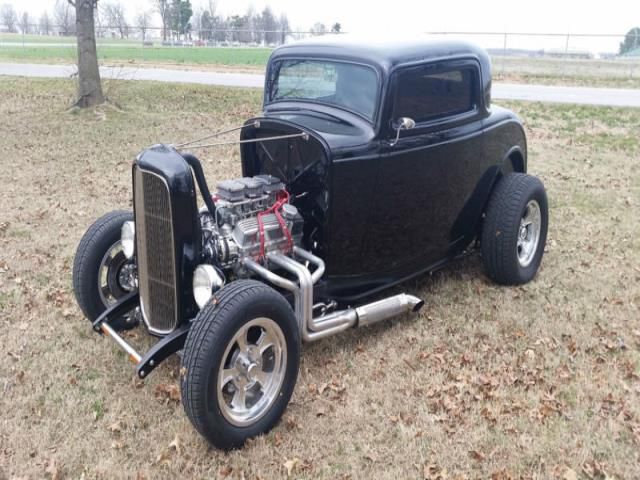 This Ad Is For A Beautiful 1932 Ford 3 Window Coupe. This Car Was Just Finished And Is Perfect! I Am Selling This For A Friend That Has Another Project That Has Caught His Attention And He Needs The Space. This Project Was Started With A High Quality Fiberglass Body Mounted On A Custom Frame. In The Rear Is A 4 Link Suspension Connected To A Ford 8 3/4 Housing With Limited Slip 3;23 Gear Ratio With Chrome Coil Over Shocks.