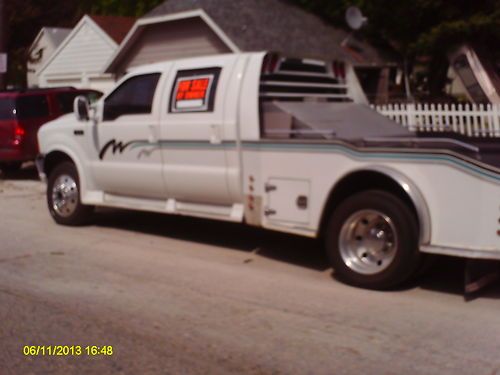 This truck is a florida truck, meticulously  maintained and cared for. This truck has power, comfort, and economy for a 4x4. I have driven this truck over the road and this is one of the most comfortable trucks you can find to drive. The truck has all new tires, new batteries and and been checked by one of the foremost 7.3 diesel facilities in the country and found to be more than solid. It has a hundred gallon fuel capacity. My only reason for selling this truck is that I am getting out the trucking business due to age.