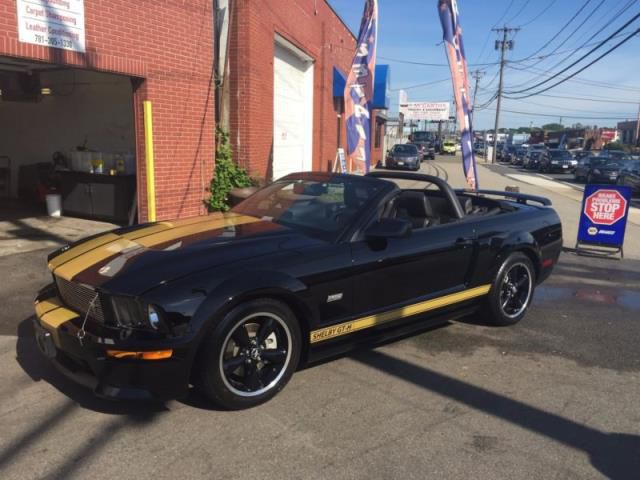 For sale is this beautiful 2007 Mustang Shelby GT-H number 134 of 500 produced for the 40th anniversary of Shelby. Exceptionally clean its powered by a 4.6-liter V8 with an automatic transmission, just 18,990 miles. This very rare vehicle was made for the Hertz Corporation as part of their Rent-a-Racer Program. It comes with a custom Shelby serial number (CSM No. 07H134) that is displayed on the center of the dashboard, on the engine bay, and into the sill plates. This custom Mustang has many custom Shelby features including body side scoops, Shelby performance hood with pins, 14 brake package, front and rear anti-lock brake duct kits, drive light package, custom floor mats and sequential taillamps. Ford Racing Performance Group added their FR3 Power Pack and FR! Handling Pack. It also features Ford Racings 90m cold-air kit, muffler kit, and X-pipes. It has performance calibration, cat-back performance exhaust and black painted 18 aluminum wheels. The interior features black leather, a power drivers seat and a Shaker 500 audio system with 6-disc changer. This Shelby GT-H is as clean as it gets!
CONTACT ME AT : vrabertav7orlando@mynet.com