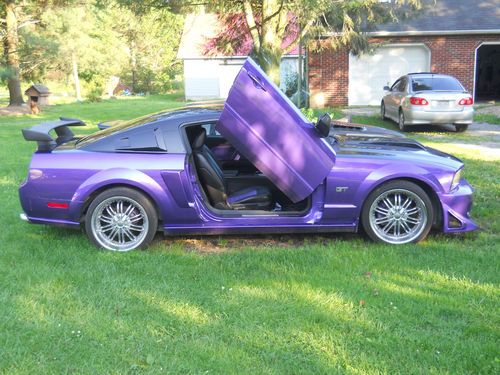 I am selling my Beautiful Showroom 2006 Ford Mustang Gt Premium. This car is loaded with all the bells and whistles and more. I have a custom VIBE DVD/CD/MP3/SD system installed with a 7" Touchscreen. I still have the original Shaker system that will go with the car. Behind both headrests I have DVD installed into the head rest. This car booms and the bass with blast you out of the seats. It has a 1000 watt amp located and mounted in the trunk. It only gets better from here. This ride is equipped with underground neons, lambo doors, 20" chrome rims, custom wing, front ground effect bumper, cluster gauges, and more. This car looks like something that would come out of the Fast and Furious movies.  I hate to see this car go but my wife and I have found some land we are wanting to purchase and I need to come up with some quick cash.