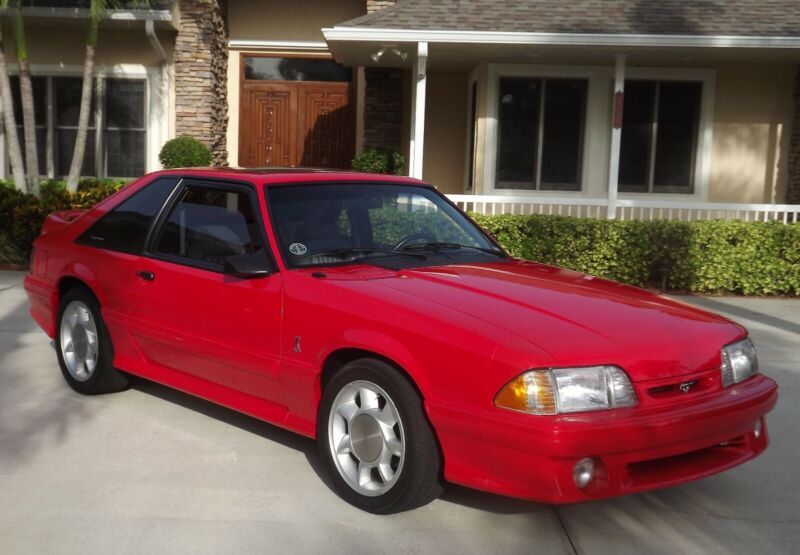 You are looking at a pristine, meticulously cared for, 1993 Ford Mustang Cobra with 4890 original miles. This car
has literally been preserved and is like a time capsule. The car is simply immaculate inside and outside.
Everything is stock, even has the original Gator Goodyear tires that show very well. It is just simply a very
impressive find with such few miles, this beauty belongs in someone’s collection.

To have a car from 1993 look this good and be this clean is just amazing. This car has been cared for since day
one. Mechanically this car is perfect. The engine is all stock, nothing changed. The car has every single VIN
sticker, and shows all the factory assembly markings. Everything works on the car and it drives amazing. The car is
very tight and honestly feels brand new.

The paint on the car is in beautiful condition. The interior is mint, no cracking of the dash, console shows no
wear, leather shows brand new. Every door jamb, trunk jamb, and hood jamb is in immaculate condition. Headliner is
also in great condition. The rear hatch pops open from the glove box and the gas shocks have no wear to them