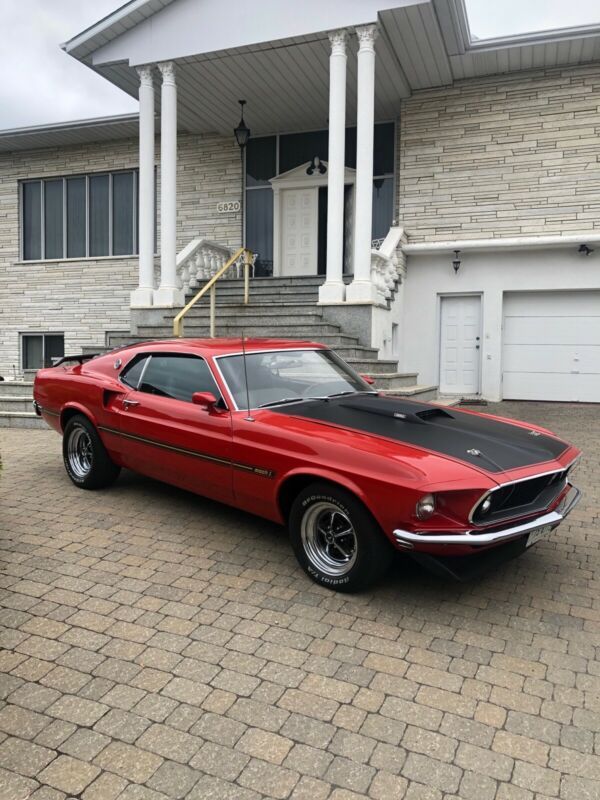 1969 Mustang Mach 1 clone . This car was originally from the US . The car has a beautiful paint , great interior and drives very strong .The engine is a 351 with a 4 speed manual transmission. Very Clean and straight vehicle.