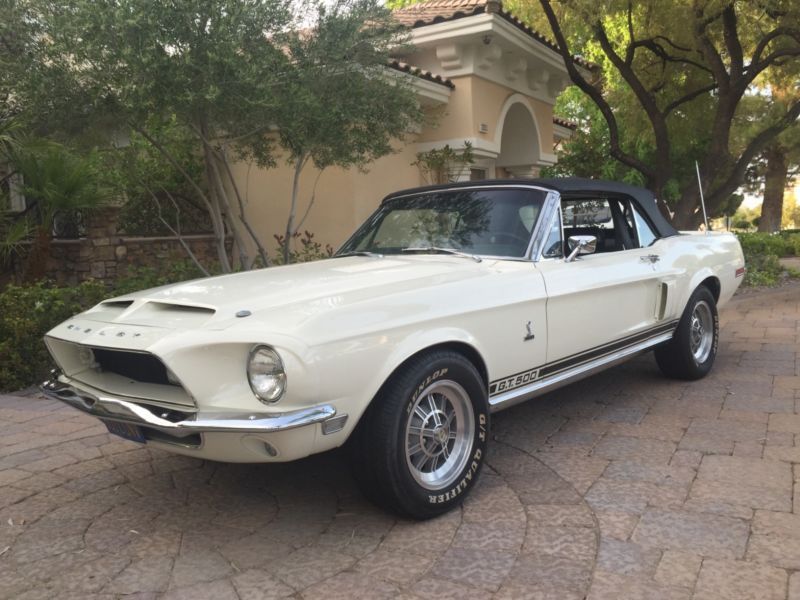 An Authentic with complete documentation 1968 Shelby GT500 Convertible which was equipped from the factory with a
rare 4 Speed toploader. Only 153 Shelby GT500 convertibles had this transmission and engine combination.
Original 428-4V PI engine and drivetrain.
Car runs and drives excellent. This is a really nice car.
All most all of the parts are restored originals or NOS parts.
All original Ford factory sheet metal and all original fiberglass with the exception of a NOS Ford front valance.
Original 4 Speed radiator was completely gone through and restored to concourse level with new nos core.