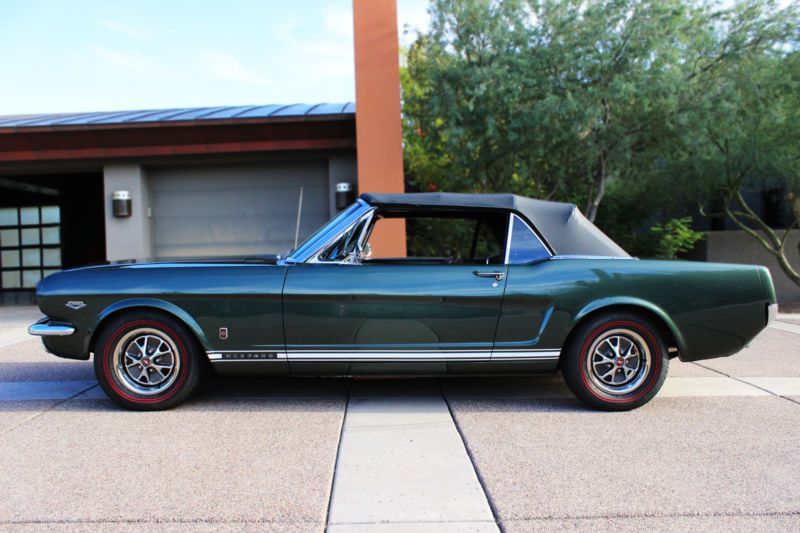 RARE, documented numbers matching 1966 Ford Mustang GT Convertible, K-Code 289 w/271 HP, 4 speed! Original sheet
metal (except floors).
Full restoration with supporting photographs on numbers matching car. This is a beautiful GT K-code 4-speed
convertible in excellent restored condition. Driven only a few miles since restoration. Ready to be driven or
showed, and enjoyed.
Numbers matching, original sheet metal (except for floors), full restoration. (4) Torque Thrust wheels and tires
are included in the sale
This car is coming out of a private collection in Scottsdale, Arizona. For sale by private party. Seller can help
set up a pre-purchase inspection. * Estimated $50-60k spent on restoration, receipts available
* Both an original owner's manual and a reproduction manual are included in the sale
* Body is original sheet metal, floors have been replaced
* Only a few hundred miles have been put on since restoration