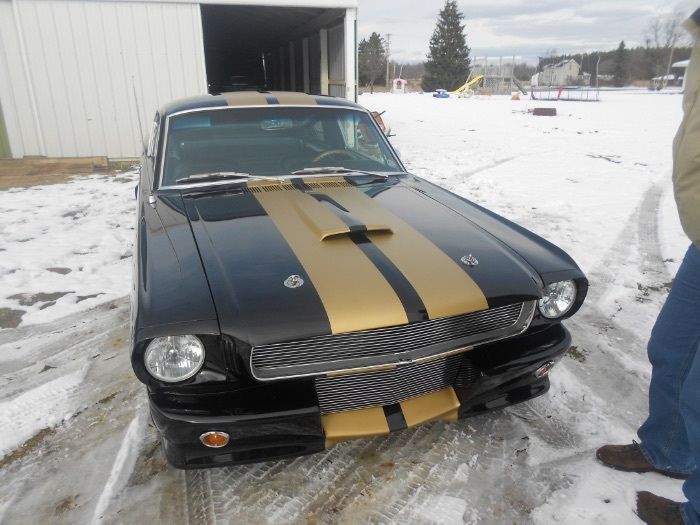 Please message me with questions at: blairverela@juno.com .

1965 Ford Mustang Fastback GT350 Tribute, Powered by a strong running 289 with great sound with a smooth shifting auto trans. Brand New paint Job Just weeks ago. No rust and very solid. Runs and Drives Great. Must see to apprecaite this one. Power Steering, Car was restored 5 years ago but we just did the paint job and the shelby clone build within the last 2 months. Very Nice Car.