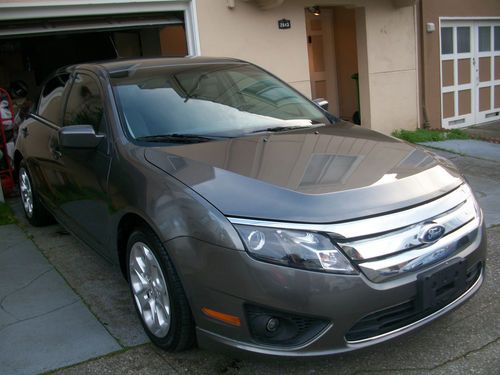 Condition: UsedA vehicle is considered used if it has been registered and issued a title. Used vehicles have had at least one previous owner. The condition of the exterior, interior and engine can vary depending on the vehicle's history. See the seller's listing for full details and description of any imperfections.Seller Notes:"Nothing is missing or any defective parts and no wear or tear,no any air bags deployed car is in a perfect condition and ready to be driven immediately."

For sale a 2011 Ford fusion SE with only 32.014 miles. car has been in a minor accident and due to this it holds a salvage title certificate. (will provide pix before its repaired) It was repaired at a reputable body shop, passed all inspections and this car runs and drives like new. fully loaded, the interior is in great condition, looks and drives great ,35 MPG.   Air Bags, AM/FM, CD, Sirius Ready, Power Steering,.  Best Offer , only except cashier checks or in peson.