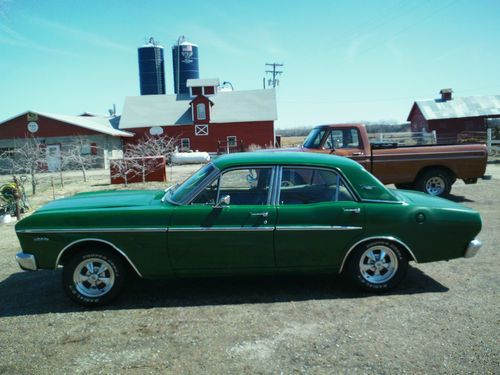 Here is a very nice 1967 Ford Falcon Futura. You can't find another car like this today! It does have some small dents and  scratches on the car but overall is in great shape for its age. It comes with the original 289 V8 motor. I put in an Alpine stereo, Infinity speakers, and a new steering wheel. I still have the original AM radio and steering wheel if you want it. I bought this car in 2006 and restored it. It has been garaged ever since. This car is a great cruiser. Everyone always asks what it is, it turns heads everywhere, even at car shows. From January-March 2012 I put 4,500 miles on the car driving it to work while I was getting my truck fixed. I'v never had any mechanical issues with this car. If you have any questions feel free to send me a message. Thanks and Good luck bidding!!

I have a Youtube video of the car. I couldn't get it to upload on Ebay. Just message me and I'll send you the link.