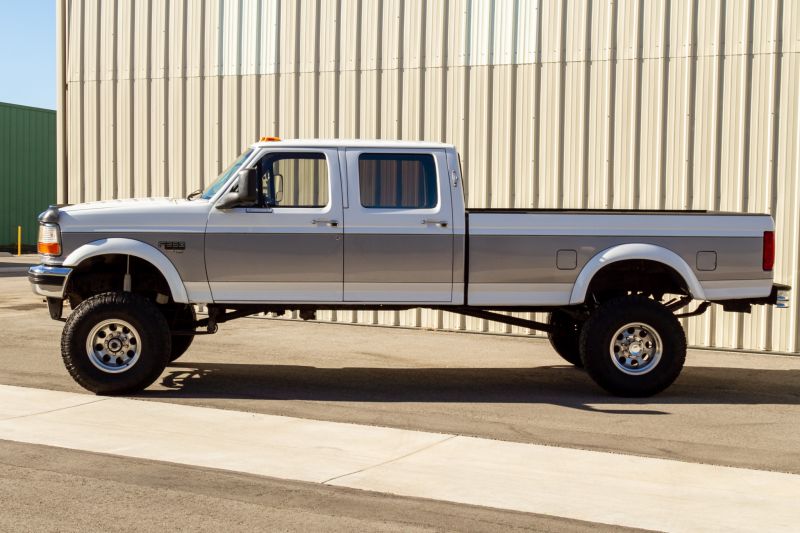 This 1997 Ford F-350 is a crew-cab 4×4 which is powered by a 7.3-liter Powerstroke turbodiesel V8 paired with a replacement six-speed manual transmission and a two-speed transfer case. Modifications consist of two-tone interior upholstery, a 6 "suspension lift, 16" aluminum wheels, a Sony CDplayer, a Magnaflow exhaust, and LED lighting. The truck was serviced 4 months ago include: replacing the front and rear sway bar links, clutch and slave master cylinders, glow plugs ,shocks, valve cover gaskets, and more.