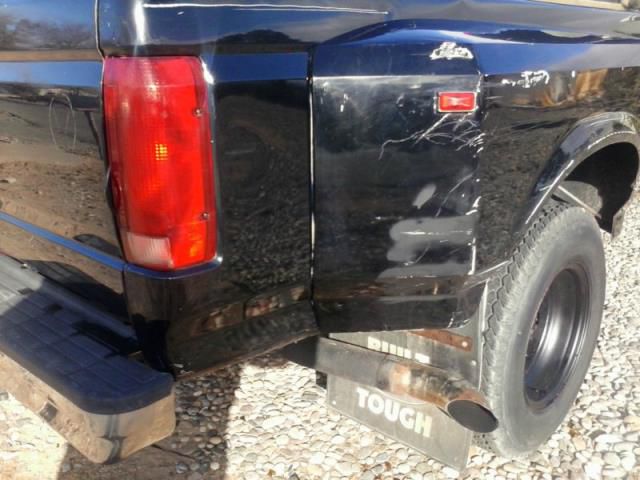 1997 Ford F-350. It has a 7.3 turbo diesel with only 127000 miles. Runs great, No noise or engine lights. 5sp Tranny with newer clutch. The XLT interior is ok. The dash has a crack and some thing was spilled in the back seat on the carpet and it now has a bald spot, You can see it in the pics. No rips but a couple of cig burns. It has bucket seats with a console that will flip up so you can fit 3 people in the front. also a roof console. Am-Fm CD player. Tinted windows It has a few bings and bangs along with scratched. There is no major damage and the paint on the hood is peeling. Bed is rino lined with brackets for a 5th wheel.