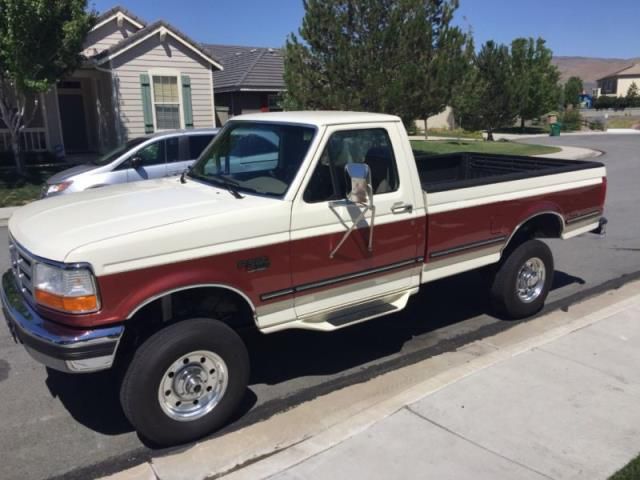 This is a beautiful west coast OBS with low miles (No rust!). I bought this on a impulse because it was so nice, but it isn't big enough for our family. I ended up buying a 97 crew cab and pains me to sell this one. The previous owner added a Dana 60 to make it a true F350. It was rebuilt will all new seals, ball joints, springs, etc when the conversion was done. The steering was reused since it was in good shape. Truck runs very well with no leaks. Interior is like new with only minor signs of use. Has a linex spray in bed liner with warranty. Body does have a few scuffs and are shown in pics. Located in Reno Nevada and welcome to look and drive in person. Any questions feel free to contact me.
If there are any questions about the car please message me : cr4rjamatoperry@ukschool.com