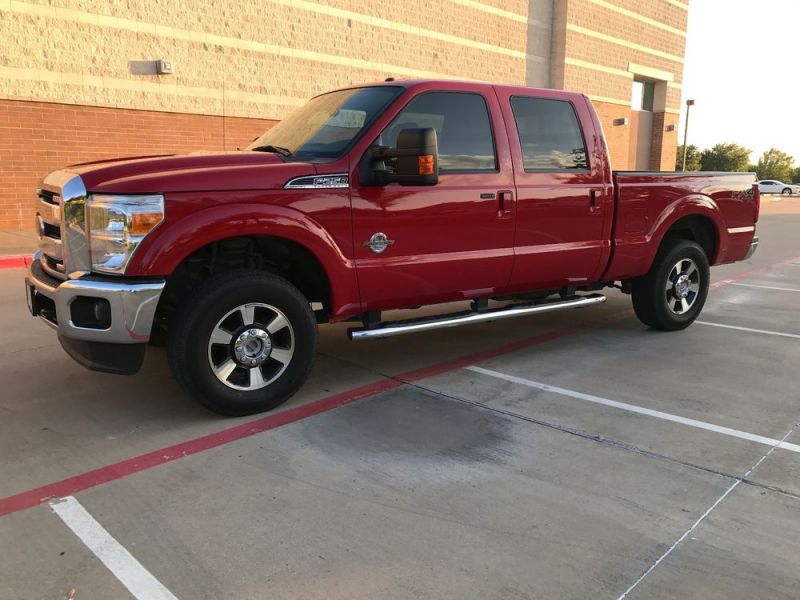 Just email me at: timelden@net-c.com .

I HAVE MAINTAINED IT EXTREMELY WELL AND HAVE EVEN GONE TO THE EXPENSE OF USING ROYAL PURPLE SYNTHETIC OIL ON REGULAR OIL CHANGES. THIS TRUCK RUNS AND DRIVES GREAT. THERE IS NO NEGATIVE HISTORY AT ALL, NO PAINT WORK WHAT SO EVER. THIS IS A NON
SMOKER TRUCK, THAT IS EXTREMELY NICE INSIDE AND OUT. THIS TRUCK HAS PULLED A TRAILER ONLY A HANDFUL OF TIMES AND HAS PRIMARILY BEEN USED TO DRIVE TO AND FROM MY OFFICE EACH WEEKDAY. THE BRIGHT RED PAINT IS ULTRA GLOSSY, HAS BEEN REGULARLY WAXED AND IS GORGEOUS. THE BLACK INTERIOR IS VERY CLEAN AND SMELLS LIKE A CLEAN AND WELL CARED FOR VEHICLE.