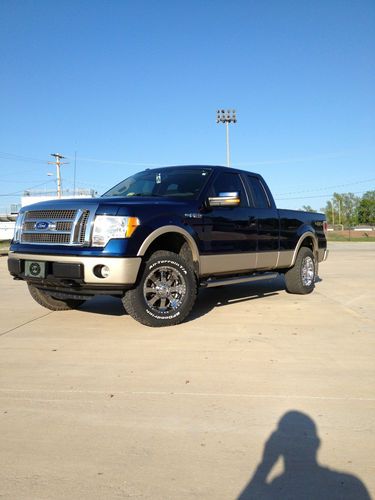 I am selling my Ford F150. It is in amazing condition and has nothing wrong with it.  When I bought this truck it had been in a flood, the water made it to the top of the tires and did not get water in the cab.  All we had to do was change all the fluids and put in a new transmission.  Haven't had any problems with this truck.

I have added some extras to this truck:
Flowmaster 50 series exhaust with 4" chrome tips
18" chrome wheels wrapped with BF Goodrich All-Terrain tires-stock rims and tires will be included
2 10" Rockford Fosgate subwoofers with 300 watt Rockford Fosgate amp
Leveling kit
If you have any questions feel free to text/call me at 580-628-1471
Thanks