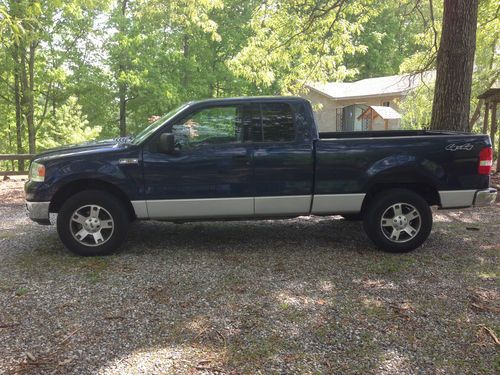 I am finally selling my F150. She has been a great truck, in the "family" since I bought it with 20k miles back in 2005.  No major repairs aside from a new transmission 2 years ago.

Last week I took her on an 18 hour round trip drive, rode perfect and never misses a beat. Brakes are great, no vibration or pulling on stopping,  rides awesome (better than my new tacoma lol) and tracks straight and true.  The new Tacoma is prompting me to sell the old girl.

Has a ding here or there consistent with age. All power XLT options. AC is ice cold. Everything works as new except the voltage meter works about half the time. New battery a few months ago.

4x4 performs perfectly . I would not hesitate to drive her anywhere. Should give the new owner many years of driving.

No reserve, title in hand. More miles than average, but way better shape than some w half the miles. No tears in the seats, I had covers on them and the carpet for years.

I am located in Cornelia GA, about 70 miles northeast of Atlanta. Bid with confidence, my feedback is 100% for over 10 years.

I have the original owners manual as well.