1986 Ford With Body In Good Condition.regular Pickup.gray In Color on 2040-cars 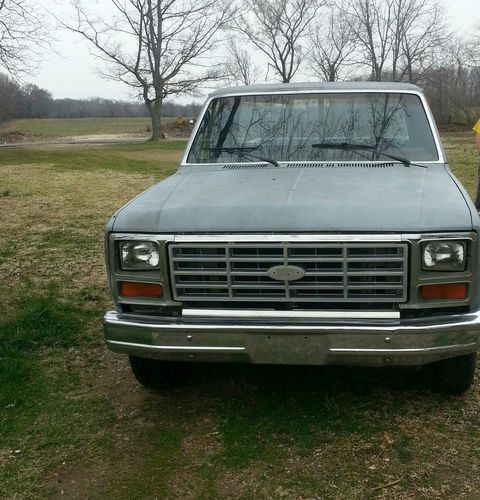 I bought from a friend because I like the older style trucks.He had already started getting the truck ready to restore.Very nice front and rear bumpers,already been sanded and looks to have been  primered. Looks to me like it's ready to paint but could need some minor touchups depending on the buyer.I think the body is nice for an older truck.Was idling rough but I'm not a mechanic but was told if I bought a regulator,it would help.I bought the regulator but didnt help.Not idling right,Drove it home which was about 10 miles and was going to restore it but have a son in college and money is tight.Went and took the regulator off and it still was idling rough.
was starting but now the battery is down or starter has gone out.Could be a minor fix,carb trouble,maybe plugs and wires.Positively the motor will run.But basically selling for someone that wants the older body style,nice bumpers,rims and tires and pretty well most of the work has been done and ready to paint