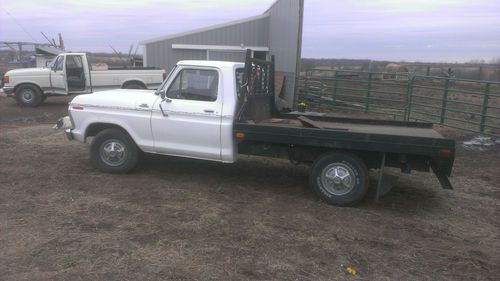 Has a 8ft flat bed with gooseneck ball. Tires are in good condition and body is in good condition with normal wear and tear. 4 speed on the floor,and starts and runs good Black barb wire detail on side. call Robert at 8167296163