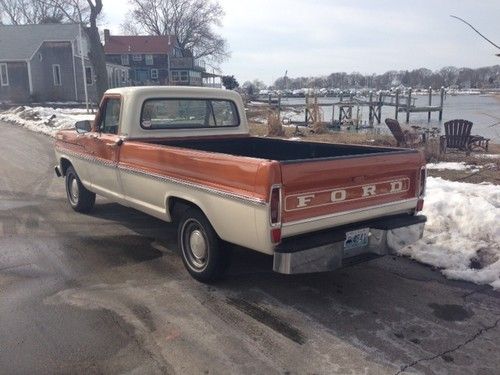 Condition: UsedA vehicle is considered used if it has been registered and issued a title. Used vehicles have had at least one previous owner. The condition of the exterior, interior and engine can vary depending on the vehicle's history. See the seller's listing for full details and description of any imperfections.Seller Notes:"new paint- one or two minor scratches. no rust. liner and undercarriage are sealed"

Beautiful '69 f100.  turns heads everywhere- I am sick of people staring at me and waving when they see this truck.  it has been restored and drives great.  NO RUST.  3 speed manual, column shift.  immaculate inside and out.