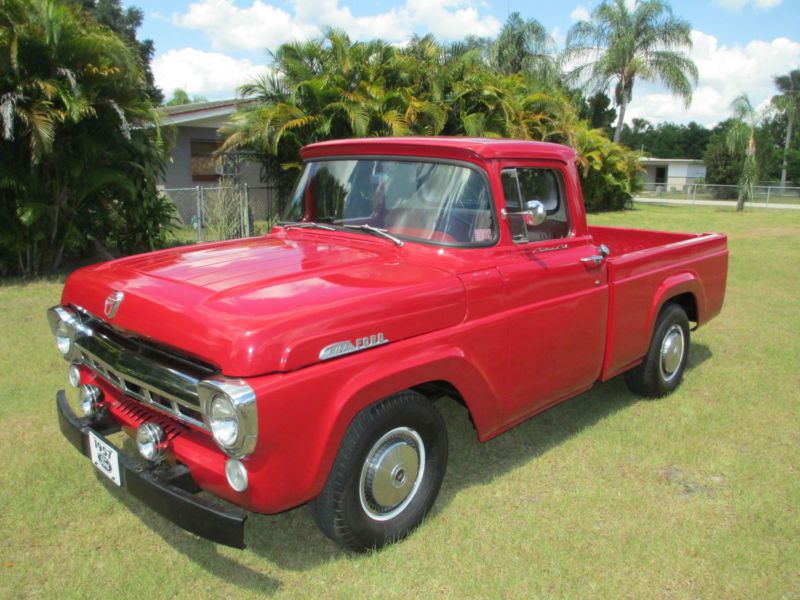 If you have any questions feel free to email me at: janeygeisel@netzero.net .

EXCELLENT 100% ORIGINAL CLEAN CONDITION, 272 CUBIC INCH, THREE SPEED ON COLUMN, NEWER CLUTCH, STRAIGHT BODY, NO
BONDO, NO SMOKE, RE-PAINT 2012, NEWER BATTERY, BRAKES, SHOCKS, HEADLINER, GLASS, UPOLSTERY, FLOOR MAT W/INSULATION,
HAS DUAL EXHAUST THRUSH MUFFLERS, ALL INSTRUMENTS AND MECHANICALS WORK ALONG WITH OLDER CUSTOM FOG LIGHTS,  RUNS
AND RIDES SMOOTH, THIS TRUCK IS A REAL SURVIVOR AND SPENT MOST OF IT'S LIFE IN FLORIDA, NOT ABUSED. IT'S ONLY
ORIGINAL ONCE!