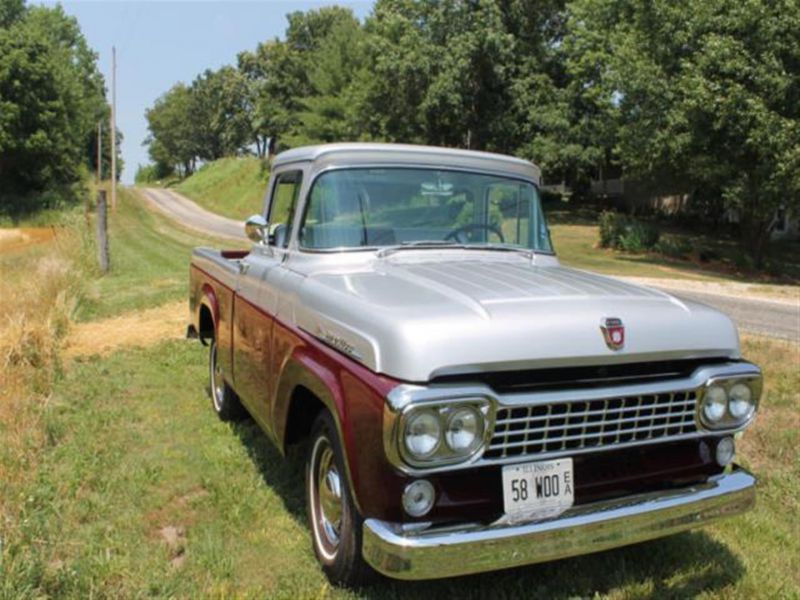 If you have any concerns or questions please email me and I will respond quickly : erwinhume9u4a@net-c.es

1958 Ford F-100 Custom Cab . The exterior sits as original design but with a brighter, more prominent color scheme. There is chrome around every corner. The mechanical side is as equally impressive. The motor, transmission, & clutch have all been professionally rebuilt. Every detail is documented on paper. This truck has been preserved for all the right reasons. It has been in my family since 1970.