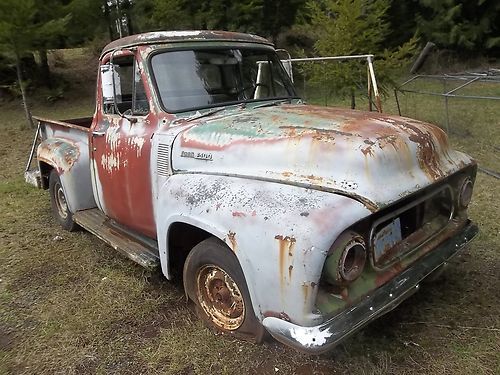 1953 Ford F-100 truck. No motor or trans. Body is actually pretty solid. Had a new front windshield put in not to long ago. Would make a nice project. I just dont have the time to do anything with it. Parts are worth more than im asking. Comes with a signed off 1974 California ownership certificate (title).