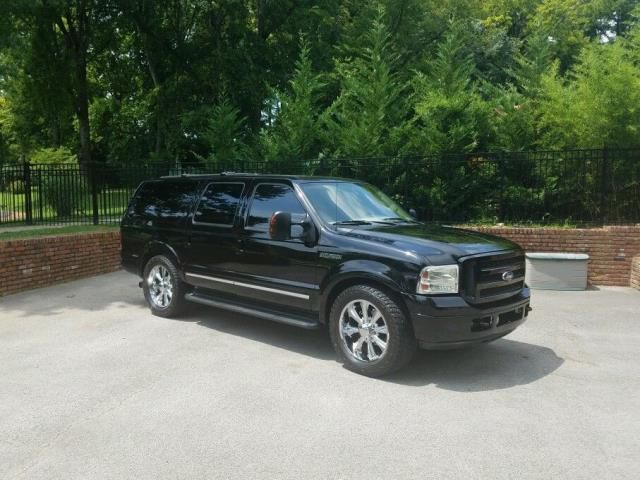 If you have been searching for one of these and know what they are, then here is your chance to own one of the nicest ones still on the road. Best of all, this beautifully kept truck has only 83,923miles on it. The body is straight as an arrow, no dents at all on this rust free truck. This excursion has been garage kept, and all preventive maintenance has been completed by the dealer. The engine is a 6.0 diesel the has never been modified or abused, and is mechanically sound. This truck is all stock except for the aftermarket wheels and tires, costing in excess of $3500. The wheels are 22 inch chrome wrapped in Falkens. The truck has never been used to tow, although it has the capacity to tow whatever you have if need be. The interior looks practically new. There are no rips, cracks, burns, etc.