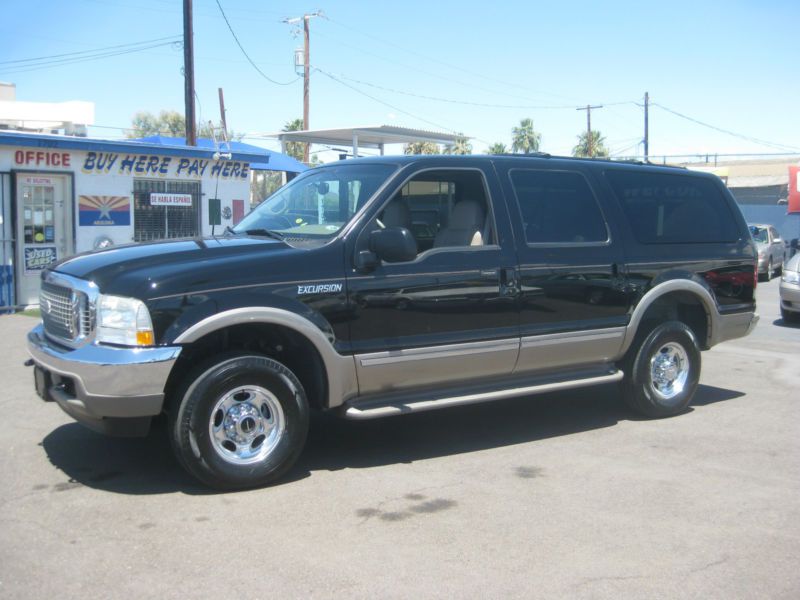 E-Mail Questions at: vanitavccardoso@elvisfans.com . This 4WD Limited Excursion has 74,571 actual Arizona Rust free miles ! Just
Detailed at European Detail in Scottsdale Az for $400.00. European detail is the
detailer for Barrett Jacksons Classic Auction. Fully loaded, leather, 3rd row,
Tow, dual power and heated seats, 6 Disc CD. Beautiful condition inside. Fresh
Rotella oil change with Motorcraft filter. The paint has some slight checks on
the hood and drivers door { see photo }. Rear tailgate has some clearcoat
peeling on bezel { see photo }. Tires are around 50%. All options work as they
should. I am listing this truck for a friend of mine. This truck has lots and
lots of eyeball.