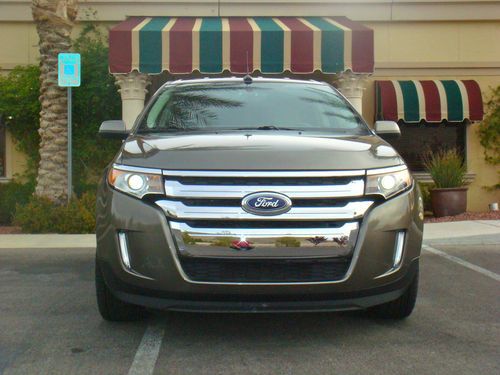 Like NEW 2013 Ford Edge Limited and loaded with about every option you will ever want.  This exterior of this Edge is a beautiful Champagne Metallic which is unique and very classy.  The interior has tan leather seats with wood grain  trim along the front dash.  This Ford Edge has an automatic 3.5L TI-VCT V6 engine and averages about 22 MPG.

Some of the other options this Edge Limited is equipped with are: power front seats, heated front seats, a backup camera, adaptable cruise control, 2nd row power fold seats, keyless entry, a drivers side keypad, and more!