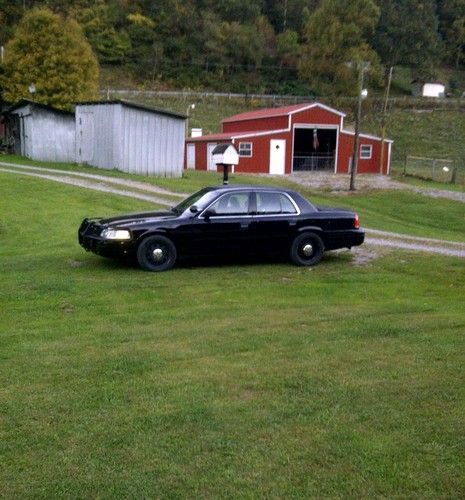 Condition: UsedA vehicle is considered used if it has been registered and issued a title. Used vehicles have had at least one previous owner. The condition of the exterior, interior and engine can vary depending on the vehicle's history. See the seller's listing for full details and description of any imperfections.Seller Notes:"Has A Few Dings, And Dents, Main Dent Is On The Drivers Front Fender, Has Normal Scratches On It."

Up For Sale A 2006 Ford Crown Vic Police Interceptor With The 4.6L v8, Automatic Transmission, Has A Slight Exhaust Leak, Barely Noticeable.  It Has 134,000 Miles On It, I Would Drive This Car Anywhere, And Everywhere, It Runs Great.  I Withhold The Right To End The Auction Early Due To The Fact I Have It For Sale Locally, $4,500 Takes It.   If You Have Any Questions, Thoughts, Comments, Or Concerns, Feel Free To Message Me Via Ebay, Or Call Or Text Me At 304.642.3079