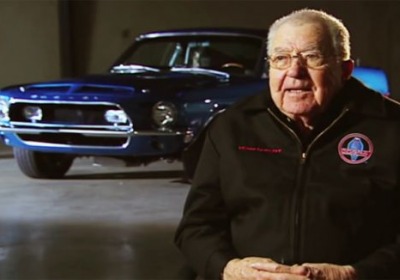 Even as rumors swirl that the next-generation of high-performance Ford Mustang will drop the Shelby name, Ford has released a short video telling how the legend of the Shelby Mustang came to be. In its latest installment of its video series entitled Mustang Countdown, Ford dug up some footage from Carroll Shelby to give a little insight into how this automotive icon was created.

While it's definitely interesting to hear the late legend tell the story in his own words (including numerous references to the 1964 Mustang as a "secretary's car"), it's also pretty funny learning exactly how the Shelby GT350 got its name in the first place – a name allegedly making a comeback as the replacement for the current Shelby GT500. As development work continues on the 2015 Ford Mustang, the Shelby video posted below shows that the automaker is always looking at its past – even as it looks ahead to the future.