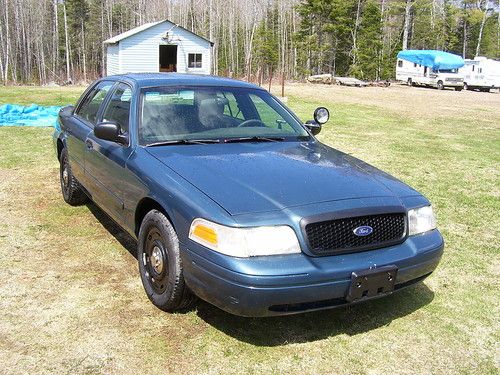 This is a 2005 Ford Crown Vic. in real nice shape it was a detectives/unmarked cruiser rear seat looks and feels brand new front drivers seat has some wear pass. seat is great outside and underneath car is in real good shape especially for a cruiser front left fender on top lip has a little bubbly rust but not through rear trunk lid has a small dent beside the Ford emblem and a few misc.chips on the bumpers underneath is real nice and solid and under the hood they had just replaced the Whole intake and water p  so she's all ready to go and the tires are good to go to start it and drive away in comfort real nice feeling ride to it and it has a little punch when you pull out to pass someone on the interstate Good Luck any Questions Please ask, Wahaskell2

The car is for sale locally as well so the best price offered will take this car home.