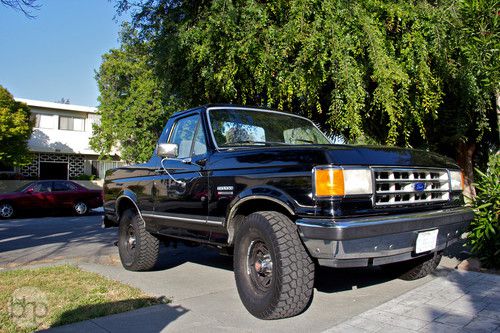 Recent work:
33" Tires
Flowmaster Dual Exhaust
New starter
Head gasket replaced last summer
HID headlights
Runs strong for the most part, but the truck does need some work.  It leaks a bit of oil and coolant.  There's a tear in driver's side seat.  The passenger window does not work - you can hear the engine cranking but the window does not move.  Comes with the expected quirks of a ~25 year old truck.  The truck is being sold as is.
If you have any questions or would like to see specific pictures, feel free to contact me at bjamez20@gmail.com.