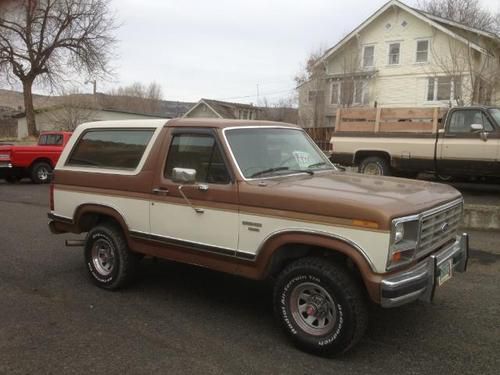 Condition: Used: A vehicle is considered used if it has been registered and issued a title. Used vehicles have had at least one previous owner. The condition of the exterior, interior and engine can vary depending on the vehicle's history. See the seller's listing for full details and description of any imperfections. ...
1986 Ford bronco with newly rebuilt engine
Brown/white exterior with tan interior
Newly rebuilt 351 windsor engine (please see photo for paperwork)
Overdrive needs repaired (taken into account when pricing) but does start right up and does drive
Good interior and very little rust
Vehicle history report that is available in this listing shows a good history
Very solid low mileage bronco for the price
Must sell - $2,500 or best offer
Private seller
720-398-9698(Marcey or Jeff)