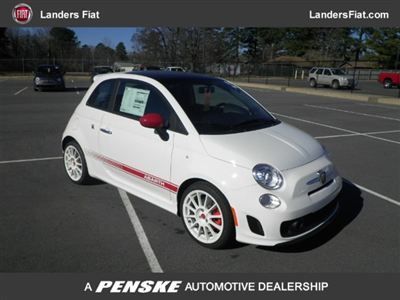 Typically, 4x4s are rather large affairs, but the Fiat Panda stands resolutely against the trend. And what's more, it's done just that for 30 years now, over the course of which Fiat has rolled out three successive generations and sold over 400,000 examples of the little off-roader that could. So to celebrate three decades of the Panda 4x4, Fiat is rolling out this special edition.
Called the Fiat Panda 4x4 Antartica, it's set to debut next week at the Frankfurt Motor Show alongside a new Black Code trim for the Freemont (known to us as the Dodge Journey) and an anniversary edition Abarth 595. Fiat has based this special edition on the Panda 4x4 Rock and upgraded it with two-tone paint, 15-inch diamond-finish alloys, orange trim, fog lights, tinted glass and special badging. Inside, it's got gray and orange upholstery, and European buyers can order it up with either the 85-horsepower 900cc TwinAir engine or the 75hp 1.3-liter diesel.
A limited run will reach European showrooms by the end of the year. But we wonder... should Fiat consider bringing the Panda Stateside to share floor space with the diminutive 500? Have your say in our informal poll below, and feel free to read through the press release, too.