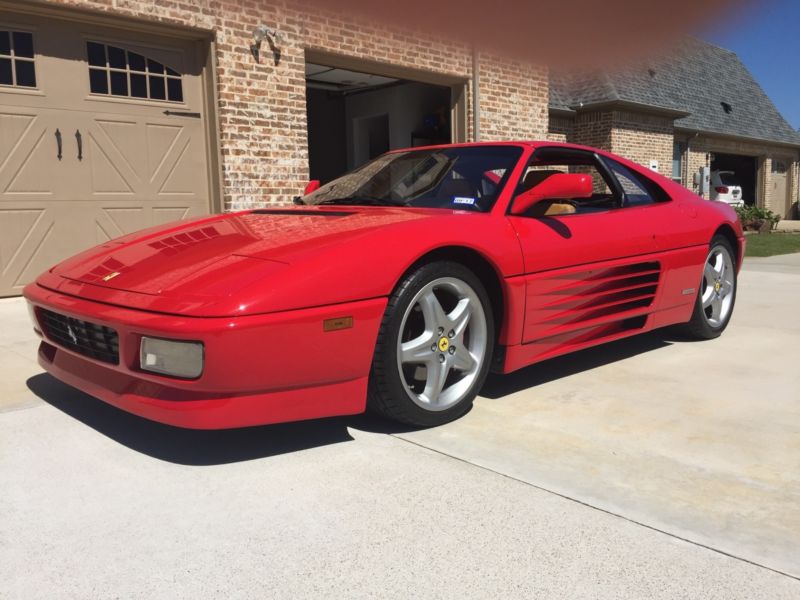 I am selling my pride and joy 1989 Ferrari 348 TS. Rosa Red with Tan Interior, with the desirable matching Rosa
Red Targa Top. My car is in exceptional condition, inside and out. Serviced regularly by Boardwalk Ferrari in
Dallas, Texas - most recent annual service was February 2017. Boardwalk Ferrari always comments that my car is the
best 348 example that they have seen. Many people comment that my car looks brand new, and they are shocked to
learn that it is an 1989 model. A real "head-turner" anywhere that it goes. No "sticky keys" - this inherent 348
issue was corrected on my car in 2015 by Boardwalk Ferrari. Always kept in a climate and UV light controlled
garage. My car has the recommended very low mileage for its age. I drive my car only once every 2 weeks (weather
permitting), which is the recommended minimal driving time period.

This is the F138, the Formula One challenger that Ferrari CEO Luca de Montezemolo describes as "hopeful" and the eighth and final version of a Scuderia Ferrari Formula One car with a V8 engine - for now. The last digit in this car's name pays homage to that cylinder count, while the first two digits represent the year; next year the regulations will mandate 1.6-liter turbocharged V6s.
The Scuderia did well in pre-season testing last year but at the first race found itself almost two seconds down on the other top teams. With no significant changes to the regulations for 2013, Ferrari focused on weight loss, making components smaller and making the package more rigid, refining every aspect of a car that's essentially an evolution of last year's F2012. The front suspension has been redesigned for aero benefit, and the rear suspension is completely new. The front and rear wings are evolutions, and there's a new air intake design above the cockpit and redesigned intakes on the sidepods. The rear bodywork forms a much narrower package around the redesigned exhaust system, and the KERS is smaller and lighter.
Getting a jump on the 2014 car that will be a clean-sheet design under the new technical regime, Ferrari has integrated the spec TAG 320 electronic controller unit to this year's car. Forbidden from raising the power performance of the engine, the F1 team has worked on maintaining that performance over the three-race life of the engine. And yes, that's a vanity panel over the stepped nose in front.

Ferrari 250 Testa Rossas assemble by the shore at Pebble Beach

Seeing one Ferrari 250 Testa Rossa could be a once-in-a-lifetime experience for many people because so few exist, and those that do generally trade hands for tens of millions of dollars. At this year's Pebble Beach Concours d'Elegance, there are 20 of these amazing rarities lined up next to each other.
Situated right on the shore of the Pacific Ocean, you can actually hear the waves lapping against the rocks during the quiet moments. Just a few feet away these thoroughbred Prancing Horses are on display and being polished to perfection. The Testa Rossas represent some of the most important historic racers in the world, and the mix here include a prototype, a Le Mans winner and models that counted drivers like Phil Hill and Dan Gurney behind the wheel.
Not all Testa Rossas were created equal, though. Ferrari built both factory racing and customer versions, and they came with curvaceous bodies from Scaglietti and a bit more angular look with dual snouts from Fantuzzi. Many of them also had further modifications from there to make each one about as unique as a snowflake. Check out our fabulous gallery of all 20 of these beautiful red heads on display together.