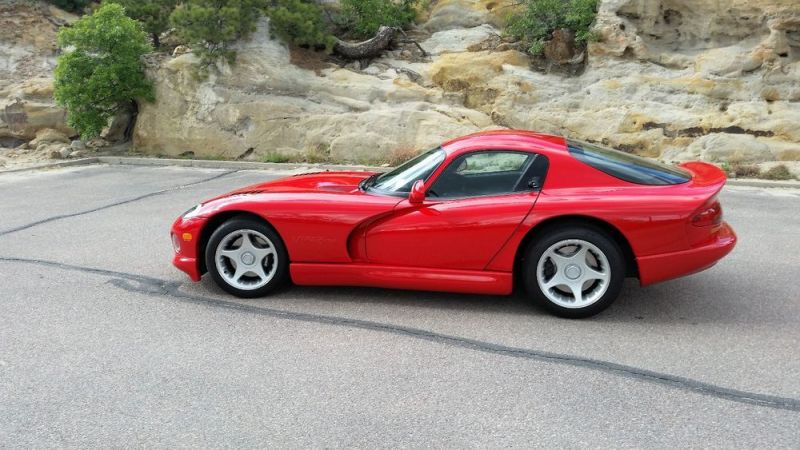 For more pictures email at: dylandllomba@britishlions.net .

Beautiful completely original 1997 Dodge Viper GTS Coupe.
It has always been garaged and covered and never out in bad weather.This car has absolutely no road rash, dings, or scratches of any kind. Everything on this beauty is super tight including the transmission, shifter, doors, hood and rack and pinion steering with no leaks or squeaks of any kind. The rear hatch struts are brand new as are the tires with 100% tread. It also comes with a new Dodge Viper car cover, 2 key fobs, and owners manual. The car is mechanically and cosmetically perfect and runs as good as it looks.
You won't find a nicer example of a Dodge Viper GTS Coupe with these low miles and this condition again!