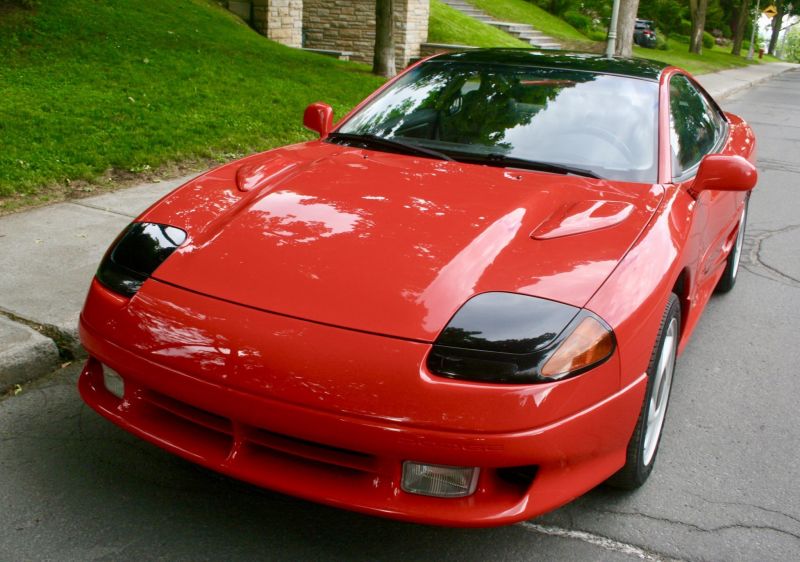 No call please. e-Mail : etoillepablos@gmail.com This 1992 Dodge Stealth R/T Turbo is finished in red over black leather, and it is powered by a twin-turbocharged 3.0-liter V6 paired with a five-speed manual transaxle and an all-wheel-drive system. Equipment includes a rear spoiler, 17? alloy wheels, automatic climate control, cruise control, power accessories, and a Mitsubishi AM/FM/cassette stereo with a CD player.