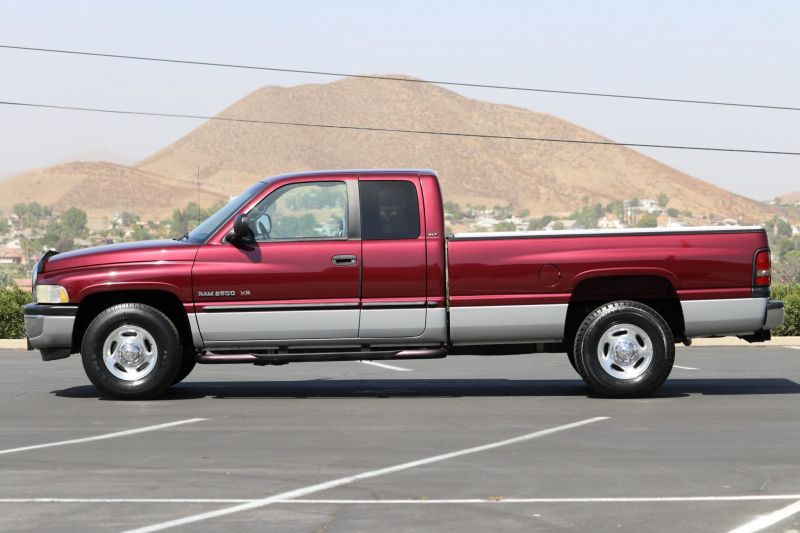 2000 Dodge Ram 2500 Laramie SLT is a Quad Cab pickup which shows 30k miles and power is from a 5.9-liter Magnum V8 driving the 4x4 wheels through a five-speed manual gearbox, and modifications include a trailer brake controller, bed rails, and side steps. The clutch was replaced and the flywheel resurfaced 2k miles ago, while a new battery was installed in summer 2021.