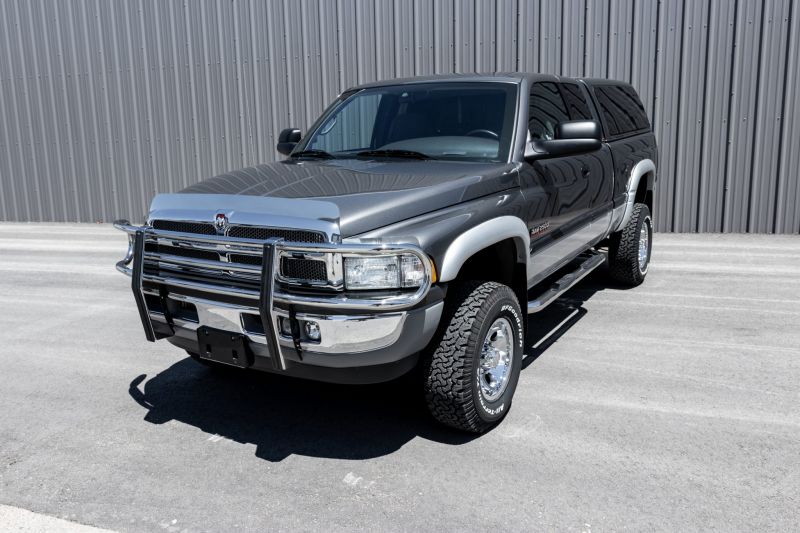 Please contact me only at : quterieramoss@gmail.com Ready for the new owner 2002 Dodge Ram 2500 Laramie SLT 4×4 is a Quad Cab pickup. The truck is finished in gray and silver over a gray cloth interior andis powered by a 5.9-liter Cummins turbodiesel inline-six paired with a six-speed manual transmission and a dual-range transfer case. Additional equipment includes a body-color Leer bed cap, a chrome brush guard, a receiver hitch, air conditioning, cruise control, an computer, an AM FM CD cassette stereo,fog lights, tubular side steps, and chrome 16" Ultra wheels.