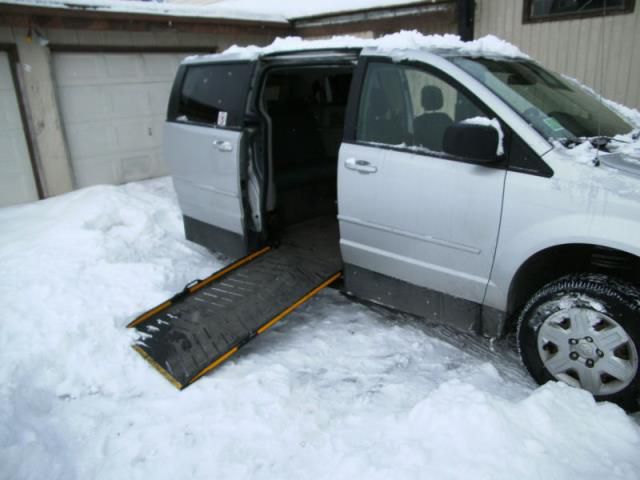 2010 Dodge Grand Caravan - No Reserve Wheelchair / Handicap Ramp Van (30 inch side to side ramp clearance) Lowered floor Dual Sliding doors 3.3L engine runs great Automatic transmission Heat and A/C Smooth ride Manual Pull out ramp on passenger side Front passenger seat rolls out if needed Flex Fuel - Regular Gas or E85 Ethanol Great oppurtunity to get this van for a lot less than what others charge for these vans $20-25k+. No Reserve!!!! Good Luck to all. Will not ship. Cash in person transaction. No paypal. Trying to avoid all shipping scams. Email me if you have any questions or if you would like to come take a look and drive it before auction end.