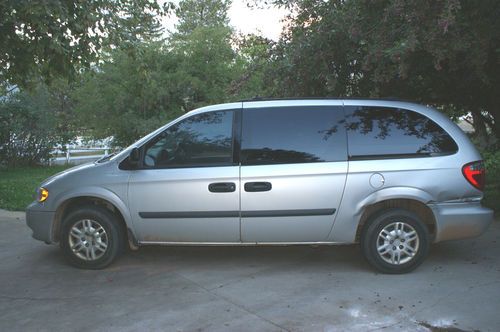 Condition: UsedA vehicle is considered used if it has been registered and issued a title. Used vehicles have had at least one previous owner. The condition of the exterior, interior and engine can vary depending on the vehicle's history. See the seller's listing for full details and description of any imperfections.Seller Notes:"The drivers side rear panel has a big dent in it. The driver's side rear taillight is broken. The back door is rusting. Leaks coolant. Hood release broken off, you must use pliers to open the hood. Heat doesn't work. The AC doesn't work. Weak battery, but runs good."

This vehicle has been in our family since 2006 and has been reliable. We have put 100,000 miles on it. But with six vehicles parked in our garage and driveway, it must go.  The interior is in good shape, with no rips in the upholstery.  The exterior is beat and there are some problems.  Here is the list.

Despite all of this, the engine runs good.  I am listing this with no reserve and a low initial bid.  Someone is going to get a great deal. Please read the notes above and see the exterior photos to learn about the problems with the van.  PLEASE NOTE:  The van is located in the Ogden, Utah area and I can deliver anywhere in the greater Salt Lake area.