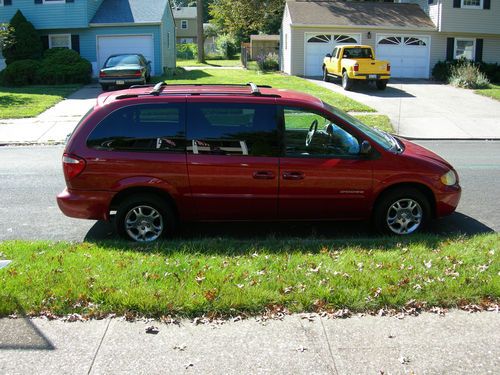 HERE IS A 2001 DODGE GRAND CARAVAN SPORT THAT RUNS,LOOKS AND DRIVES PERFECT. THE EXTERIOR IS IN NICE SHAPE WITH THE PAINT SHINING BRIGHT. THE INTERIOR IS SUPER CLEAN AND HAS NO RIPS,TEARS,ODORS OR CRACKS. THIS WAS WELL CARED FOR. ALL POWER OPTIONS FUNCTION AS THEY SHOULD WITH THE AC BEING ICE COLD. IT IS THE SPORT MODEL SO IT HAS BUCKET BACK SEATS ALONG WITH A BENCH SEAT.IT HAS ALLY WHEELS AND THE TIRES ARE IN GREAT SHAPE. THE V-6 MOTOR IS QUIET AND RESPONSIVE. THE TRANSMISSION SHIFTS PERFECT AS WELL. IM SELLING THE VAN WITH NO RESERVE SO HIGH BID WINS. THIS IS A VERY RELIABLE VAN SO DONT BE AFRAID TO BID. ANY QUESTIONS CALL ME AT 267-475-4000.