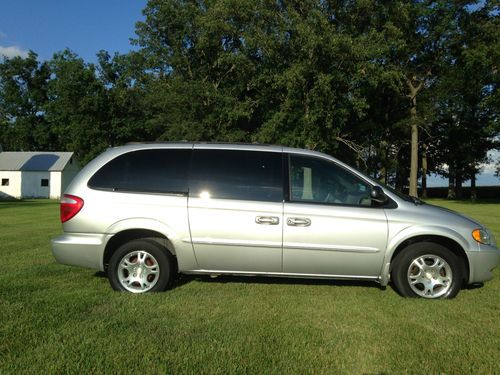 Condition: UsedA vehicle is considered used if it has been registered and issued a title. Used vehicles have had at least one previous owner. The condition of the exterior, interior and engine can vary depending on the vehicle's history. See the seller's listing for full details and description of any imperfections.Seller Notes:"Its got two rust bubbles above the rear wheel.There are pictures to show detail. A/C is currently not working. I had it charged the first of the year and it worked great but last week stop blowing cold air. Not sure what it is. Selling the van and did not want to pay to have it looked at. Also there is a knock heard in the front right suspension. Took it to dealership and had some suspension arm bushings replaced. Noise is still there and was assured by dealership that this is not a safety concern and a common nature experienced with these minivans.Not sure what it is. Again selling the van and did not want to pay anymore money."