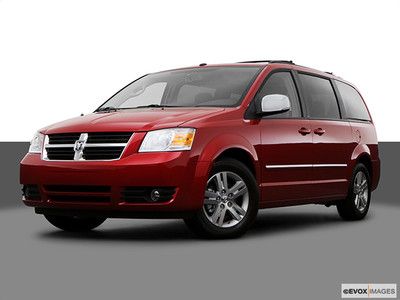 Condition: Used: A vehicle is considered used if it has been registered and issued a title. Used vehicles have had at least one previous owner. The condition of the exterior, interior and engine can vary depending on the vehicle's history. See the seller's listing for full details and description of any imperfections. ...
Hi, I am selling 2008 Dodge Grand Caravan SXT with 115000 miles.

This minivan is fully loaded. It has leather seats, power windows, power locks, power mirrors, heated (front and back) seats, power front seats, cruise control, dual front air conditioning, etc. It has navigations system with DVD, navigation system has hard drive capability, so you are able to download your pictures or music in it.

It has back up sensors, which makes the parking so much easier. Engine sounds great
and transmission shifts very smooth. It even has stow and go seats.

Paint looks very clean and interior looks like brand new. It has power sliding doors
and power lift gate. I have clear title in hand ready to transfer. This is one owner, no accident vehicle (vin# 2d8hn54x98r755255).