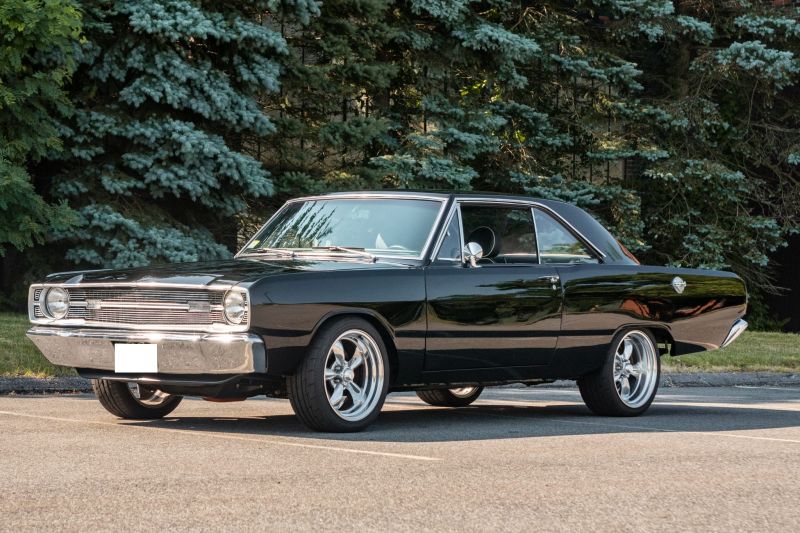 CONTACT ME AT : joshuaachell@yahoo.com 1969 Dodge Dart is a hardtop that was for over a decade before being acquired by a person from my family in 2000. Power is supplied by a 440ci V8 that was rebuilt in 2017 with Edelbrock RPM aluminum cylinder heads, a
polished crankshaft, Smith Brothers pushrods, and MSD ignition. A three-speed 727 Torque Flite automatic transmission and an 8 ¾ inch Positraction rear end were also installed, additional equipment includes a dual exhaust system, 18" American Racing wheels, front disc brakes, Bilstein shocks, shock towers, and aftermarket tubular front control arms, frame connectors, and rear leaf springs. The car has been repainted black, and the interior is fitted
with matching leather bucket seats sourced from a Mini Cooper.