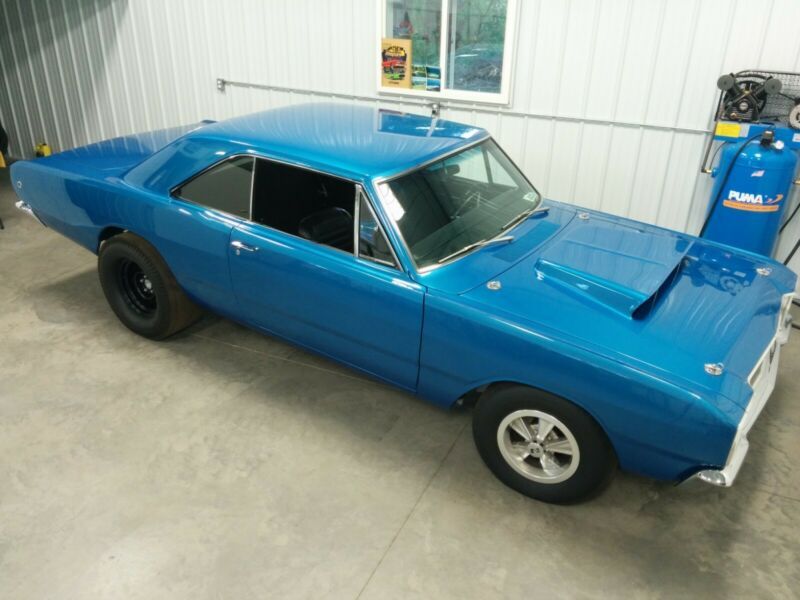 Dodge Hemi Dart. This car originally came from the Southwest, was virtually rust free and still retains all of its
original panels. The body was media blasted top and bottom. It was painted in PPG DBC base and Concept clear, QQ1
color code and black in the engine bay and trunk. The bottom of the car is painted in grey single stage urethane to
resemble the original primer color these cars came with. Almost all surfaces were either gun painted or
powdercoated. As can be seen by the VIN number this car is not one of the original 80 Hemi Darts. It is simply the
best, most correct clone built.