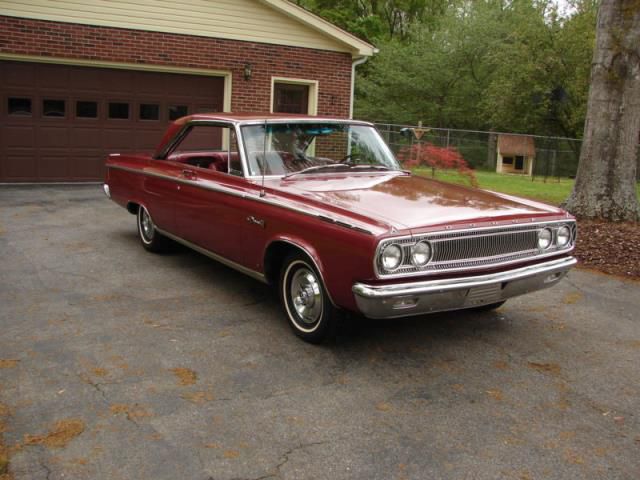 This Dodge is a true survivor that I purchased a year ago. It was purchased new from Valley Motors Inc. in Auburn, Washington on November 24, 1964. The original owners cared for the car for over 45 years and only drove it 33k miles. When I bought it the odometer reading was 33,674. The paint is original along with the interior (including carpets and floor mats) The trunk looks new with the original trunk mat. The car was factory undercoated and has not been touched up. I've provided a picture of some of the paper work that verifies the authenticity of the car. There are two changes that I have made to the car from the original build sheet. I swapped out the 318 engine for a completely new/rebuilt 383 / 330 HP and I replaced the AM radio with a factory AM / FM. I just did not enjoy the car with the 318 engine. The chrome and bright work are nearly perfect, including the hub caps. Everything (except the clock) works just as it should and the car drives really nice. Motor, transmission, rear end all perform as you would expect from a low mileage original. No rust anywhere The car has 4-5 very small dings along with the usual factory imperfections that come with originals. I encourage any potential buyer to come see and inspect this vehicle. You will not be disappointed.