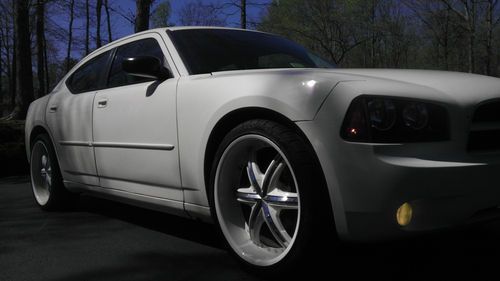 2009 Dodge Charger SXT, Excellent inside and Out, Power everything, Keyless entry, Sat. Radio, Cruise Control, Ac/Heat, Cd Player, AM/FM, Factory Alarm, 22" Custom Rims Standard Tires 99% Tread, Rebuilt Title due to Left Driver and Left Back door being Replaced when I bought it I do have paper work showing that is all that was done from Dealership I bought from and that is why the title has Rebuilt on it, Car runs and drives GREAT, No mechanical issues at all, 27 Mpg Highway, 18 Mpg City.