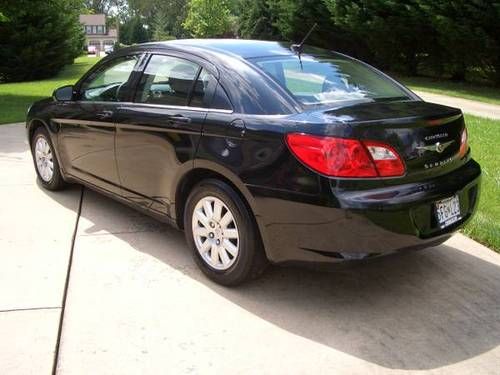 Up for sale is a low mile and well kept 2009 Sebring LX. Just over 27,000 miles and always pampered. I mean it still has the factory plastic on the drivers side floorboard protecting the carpet. It has 2 sets of floor mats (rubber and carpet), just had it Maryland inspected, a clean carfax report in hand, and original window sticker. It gets 21mpg city and 30mpg hwy. I copy of NADA book value putting it at $13,100. Asking $12,000.