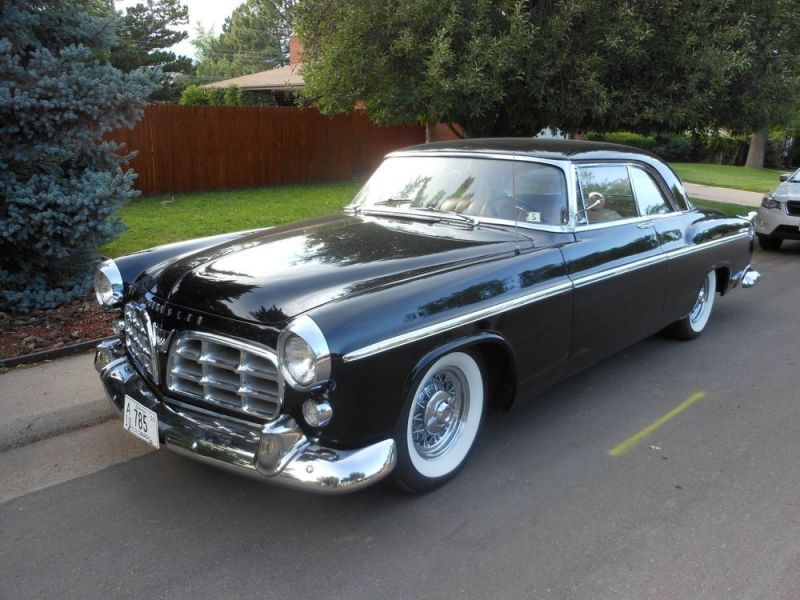 Engine: 331 cubic inch dual 4 barrel hemi 300HP, SN: 3NE552278 (The prefix 3 establishes that it a genuine C300
engine) The engine was rebuilt by Jim Page the former Holly racing rep. Parts were supplied new by Hot Heads in
Lowgap, NC. It has the solid lifters that give it the distinctive high performance sound. It is equipped with
stainless steel valves and double roller camshaft drive. The engine was fully balanced prior to assembly. It only
has break-in miles on it. It has a 9.5 compression ratio to run on pump gas.

Body: The color is black painted complete in single stage Deltron paint. Some non structural rust correction was
done on the rear fender area prior to painting. The bumpers have been rechromed but all other trim is original
finish.

Wheels: The wire wheels are original. Tires are brand new Diamond back radials with wide whites

Interior: The interior is a professionally installed Goers kit that is an exact copy of the original tan cowhide.
Seats, doors, carpet and trunk were totally redone.

Glass: The glass is probably original and is clear. The windshield is pitted but is clear with no cracks or
bull’s-eyes. Manual operation of window works properly.

Miscellaneous: A new exhaust system with modern mufflers has been installed. All shocks are new with air lift
shocks in the rear. The radiator has been recored with a modern core so the engine never overheats.